While traveling home on October 18, 1982, Tim and Gina McQuay suffered a fatal car accident. Tim entered the presence of God immediately and Gina was spared.

After completing a year of training at CIU, Tim had completed his second year of medical school and was preparing for a career in medical missions. Two years later, Tim’s father, the Rev. Earl McQuay published Beyond Eagles, A Father’s Grief and Hope. The book presents hard lessons of truth that provide healing for the hurting.

Exploring ways to create a lifetime memorial and to impact the lives of CIU students, Earl (‘54) and Rose Monda (‘55) McQuay established the Timothy E. McQuay Memorial scholarship in 1989. Since the scholarship’s inception, over $156,000 has been awarded to students in financial aid – an amount in excess of 100% that was used to fund the scholarship. 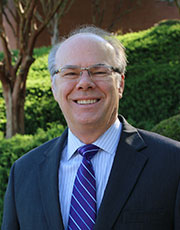 I can help you with: